Literature Live! 360@ Campus collaborated with Sophia College (Kaleidoscope), Wilson College (Polaris), St. Andrew’s  (Mosaic) and IIT (Flare) this year to judge their literary arts events at their intercollegiate festivals. All winning entries are given due visibility and winners are invited to join a few writers over tea during the festival. An invaluable conversation for all.

Below are the winners :

The Light by Ariana Somandi

Her eyes sparkled, his smile was bright,

Without complaints they slept hungry at night ;

Their innocence their parents failed to see,

They forced them to beg for charity,

Her eyes sparkled, his smile was bright,

Everytime their parents were in their sight,

Those instances then grew extremely rare,

With their parents out partying without a care

All these kids then grow up, have kids of their own,

How to love, how to care, they were never shown,

Her eyes are dull, his smile is weak,

Their future is seeming increasingly bleak

But things can be different, the cycle broken,

If actions are taken along with words being spoken;

Children should be loved, nurtured, protected,

Only then in their futures will this love

A for Akka by Hridya Rajesh

When my sister lost her childhood,

And i gained mine.

how a girl of twelve

turned a parent of mine

to see, to realize

as she slowly shed her colours

to give way for mine

to acknowledge and take sight,

who hid her tears, her rage

the quiet pains as the

as she laughed, cried and rose

for all things mine

yet lived so little

The very moment she turned

The very moment she turned, changed

from akka to ‘Akka’

Would you blame him? By Khyatee Shah

He is unlike most kids,

Uses words that do not quite sit well on his lips,his

tongue that has yet to learn to roll,

his voice heavy like he has already grown too

The kids his age are afraid of him,

You concur, from his behaviour,

label him as aggessive, self destructive, a

An obvious cause of resentment to his parents,

And ‘advice’ his parents to teach him manners,

And wonder why his mannerisms dont change,

After intermittent complaints, time and again,

Until you stop justifying his violence as

Until you stop concerning your conscious with him,

and maintain your distance,

Until you start expecting him to inevitably be

A cause of social hinderance,

And wonder why he doesn’t discern the difference,

between Right and Wrong

But how can you expect a color blind person

To differentiate between ‘red’ and ‘green’

How can you ignore the fact that he is simply

learning from what he has heard and seen

Because his life has always been,

His parents teaching him manners is a

series of events titled Deja-La instead of

A series of episodes he has seen enough

times to paint the exact shade of

crimson-red his mother’s skin changes to,

when his father’s green belt wraps itself,

the arms that carried him,

the stomach that protected him,

the back that anchored him,

A series of episodes he has lived enough

times to know that they end with his

father chanting, over and over again,

‘I did it because i love you.’ 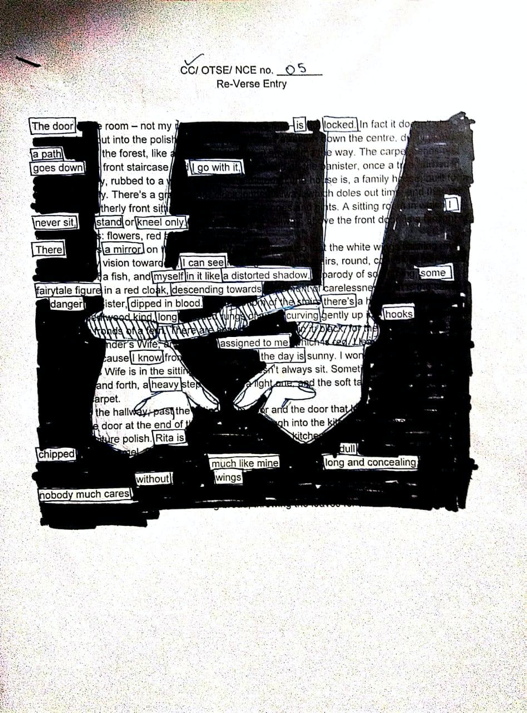 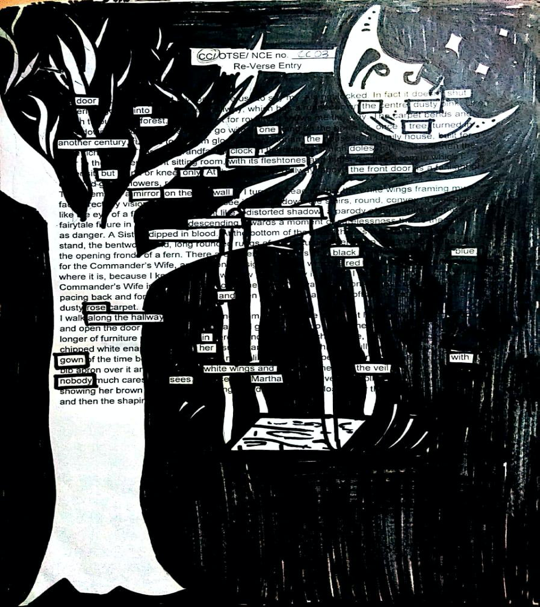 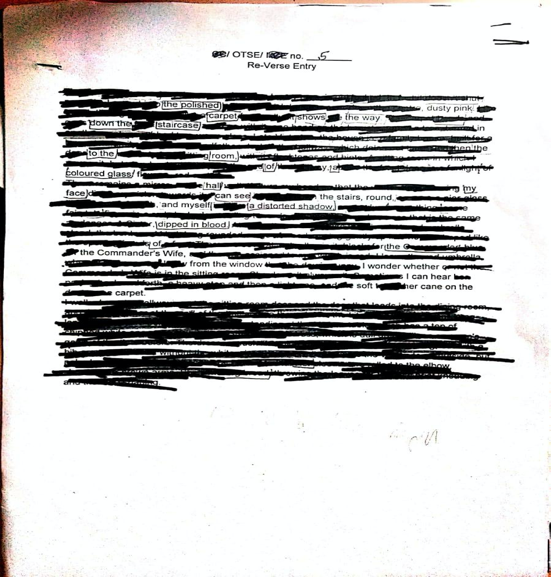